Home brewing isn’t so popular in Singapore, but there are businesses (and I think only two) dealing with home brew equipment and supplies. As you can imagine, the equipment they sell, brought in from Australia/US/Europe, are not cheap, compared to what you can find on Taobao.

Actually, you don’t need fanciful equipment to brew beer. All you really need is an airtight food grade container with an airlock. You can easily improvise your own by cutting a hole on the container lid and sticking an airlock into the hole. The airlock is harder to DIY since it has to be silicone/plastic for contamination prevention, but it’s a small cost to get one anyway.

I’m lazy to go the DIY route when I can buy from Taobao. There are a dozens of stores dealing with home brew equipment and supplies on Taobao, not surprising since the Chinese are heavy drinkers. After scouting around, I decided to get the following items.

The quality of this fermentation bucket is very good, save for some stain marks near the bottom of the bucket, which does not affect the fermentation anyway. Temperature controller – there are not many choices on this, due to plug pin compatibility. I chanced upon this temperature controller that accommodates the 3 pin plug used in our part of the world (in fact it has universal pin compatibility), for a very good price of RMB 38 (S$8.50). You can find this for as low as RMB 32.50 from other sellers (search BY-LOX15A) who are not dealing with home brewing.

This store specializes in home brew, so since i’m getting the temperature regulator from them, i decided to get other related items as well – a beer bottle cleaning brush (RMB 4 or S$0.90) and a siphon (RMB 58 or S$12.70). I’m not sure how well the siphon works as it is different from those typically used that come with an automatic bottle filler, or those with a pump. You have to turn a valve to start/stop the flow, which is cumbersome and might even result in accidental overflow, but its salient feature is having a copper filter at the source end, which is absent from the commonly used “racking cane”. This will no doubt reduce the presence of sediments in the resulting beer. Given its relatively low cost, i decided to give it a try.

Update: it works very well in getting beer from fermentation bucket into bottling bucket, see my post on bottling.

Update: this store seems to have even better products. 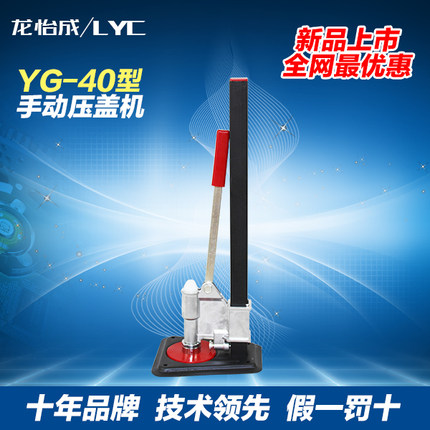 The other two items to get are the bottle capper and bottle caps. The design of the bottle capper is standard (imitation of the Super Agata Bench Capper), but there are too many sellers/manufacturers to choose from and you can’t tell which is better, even if you read the submitted reviews. In such a case, i prefer to go with the seller who sells their own manufactured products. It is more expensive, at RMB 115 (S$25.20), vs the competition at RMB 80 (S$17.50), but i’m not willing to risk getting an inferior product.

Update: it works well – see review in my post on bottling.

Update: there is a new bottle capper with updated design.

Bottle caps (啤酒皇冠瓶盖) are pretty standard, at RMB 6 (S$1.35) for 100, excluding domestic shipping with is typically RMB 10. It doesn’t get any cheaper than this.

So there you go, the essential equipment to get from Taobao for home brewing. Don’t forget you can get cashback for your Taobao purchases through Shopback!