I’ve been using a Nikon D40 camera since 2009 and somehow, a few dust specks appeared on my camera CCD sensor barely a year after I had the camera (or maybe it was there since the very beginning, i don’t know), resulting in 2 specks in every photo I take that has a light background. Believe it or not, as annoying as that is, I resorted to removing the spots via post processing. I didn’t even find out how to lock-up the mirror so as to expose the CCD sensor and try to blow away the dust, not until recently.

I’m sure most people who own a DSLR camera would have a standard cleaning toolkit that consists of a blower brush, some lint-free paper and a bottle of cleaning fluid. When i finally did the mirror lock-up and tried to blow away the dust using the blower brush (with brush removed), it didn’t work. So i Googled for other ways to clean the CCD sensor. I found the suggestion of using a swab. Years ago, such a tool didn’t exist. I remember there was a tool called the Arctic Butterfly, which is basically a very soft brush which was spun around to generate static electricity. It was supposedly safe to wipe the sensor with the brush (but i’ve read many reviews that say it made things worse). Anyway, it was too expensive (was more than S$100 back then) for me to buy and use it practically just once. Fast forward to today, there are now inexpensive disposable swabs that are safe on the sensor. This is now the recommended step 2 in cleaning the sensor, if step 1 didn’t fix it. Step 1 involves using the blower, which is obviously safer since it does not come into contact with the sensor.

I was determined to fix the problem on my camera this time. I already found out beforehand that my blower brush cannot make it, and since a blower is very cheap anyway, i bought a new blower along with some swabs from Taobao. You should be able to guess that these items are many times cheaper from Taobao than from elsewhere, since they are mostly made in China. The blower cost 13 Yuan (S$2.90) while the swabs cost 8 Yuan (S$1.80) per a pack of 6 swabs. 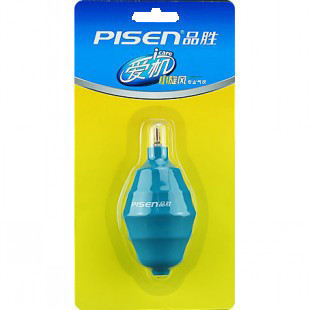 Guess what happened when i tried the blower? I was half expecting that there will still be some stubborn dust specks left, but it actually cleared away all the dust! At least there was no more speck that was visible to me. There was no need to even use the swab to clean the sensor. I couldn’t believe it! All those years of blemished photos, arghh!

Don’t forget to get cashback from Shopback!